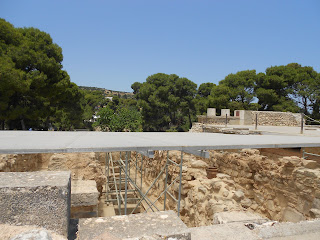 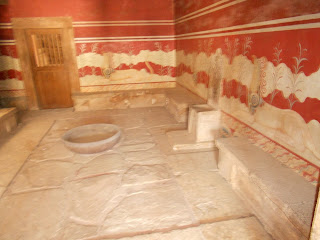 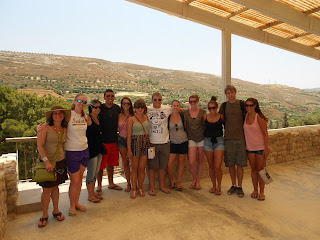 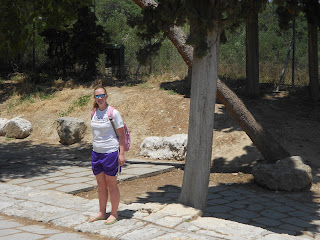 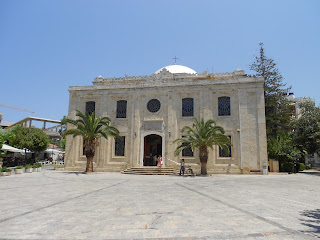 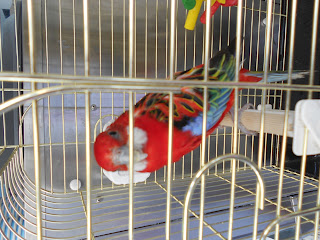 Today we went to Knossos, the birth place of the legends of the Minotaur and Labyrinth. We learned about the ancient civilization of the Minoans and their powerful navy. They dominated trade routes and were feared by all. Surprisingly, the ruins show no evidence of barriers meaning that they were very secure in their homes. Trey actually were a peaceful people who were never challenged by others.  They were so strong that they stood for thousands of years and eventually fell to natural disasters. We then stood on the oldest road Europe and followed it to explore the neighborhood.
Posted by Unknown at 12:51 PM

Emmanuel students have a unique opportunity to experience the beauty of Greece while studying the geopolitical complexity of the continental crossroads of the Eastern Mediterranean for three-weeks, in an intensive, 8-credit international relations program. The curriculum combines a unique study abroad program, taught by Emmanuel faculty, with an extended classroom experience in Crete, with field trips and excursions while in residence at the Institute of Cretan Studies.